Categories
Market News
The overview of the global gold market

GOLD is a precious metal which has been treasured since ancient times. It has diversified functions in jewellery, technology, monetary and investment, taking a significant role in global economics. In this article, we will present a general picture of the global gold market, focusing on the gold demand trend in the jewellery sector.

Overview of the world gold demand
According to World Gold Council (WGC), the consumption of gold over the past 10 years is 51% in jewellery, 27% in gold bars & coins, 10% in central banks, 9% in technology and 3% in ETFs & others, showing that the demand of gold as luxury goods is still dominant.

In the latest quarterly report published by WGC, the global gold demand grew to 1,053.3 tons in Q1 2019, showing a 7% growth year-over-year. This is mainly attributed by the growth of global gold reserve including gold-back ETFs and gold coins demand. Gold jewellery market also saw growth due to the improvement in the Indian’s market. Yet, the demand for gold in technological-use dropped to a two-year low.

The gold market in China
China as one of the world’s leading economies accounts for 27% of global gold demand. According to the China Gold Association, China’s gold consumption in 2018 is 1,151 tones, showing a 5.73% growth year-on-year, making the country the world’s leading gold consumer for the sixth year running.

Gold is the symbol of luxury and rich, thus, gold jewellery has become an unmissable element in many important occasions in Chinese tradition. Figures released by China Gold Association shows that gold jewellery account for 58% of jewellery trading revenue in China, and consumers purchased 736 tons of gold jewellery in 2018. However, in Q1 2019, the China market on gold jewellery is rather conservative due to the fluctuation of the gold price and slowdown of the domestic economy.

Indian gold market performance in Q1 2019
India is the second-largest gold consumer in the world. Apart from the impact of the gold price, India’s gold demand is also driven by wedding seasons and major traditional festivals. In Q1 2019, the gold jewellery demand is lifted by 5% year-on-year, resulting in a total of 125.4 tons of gold jewellery purchases. The retreated gold price and a large number of auspicious days are believed to be the main contributor to the growth in gold demand.

Despite the positive growth of Indian gold demand in the first quarter, the latest government action on increasing the gold import duty should also be taken into concern when it comes to the coming gold demand trend. Regarding the annual budget issued in July, the Indian government increased the gold import duty from 10% to 12.5%. This move increases the gold price and might have an immediate effect on the gold demand. While some market predictor expected that India’s gold demand could fall to the 3-years low due to the record-high gold price, the WGC analyst believed that this duty policy is negligible to the gold demand in long term because the gold market is supported by other government initiatives such as the structural reform of the India Gold Spot Exchange.

Middle East gold market
The Middle East accounts for 10% of the world’s gold demand. The middle east gold market is experiencing mixed fortunes. The Iran gold demand falls to 9.6 tons as the currency slid by 21% against USD during Q1 2019, reaching the lowest year-on-year point in 4 years. For UAE jewellery market, the demand is slighted lifted up by the VAT refund policy to tourist. Visitors are allowed to reclaim 85% of VAT on purchases of at least AED 250 (roughly US$70) jewellery, this policy brings a positive impact on the retreating gold jewellery market especially during the Dubai Shopping Festival.
More Market News
Online Magazines
Read HERE! 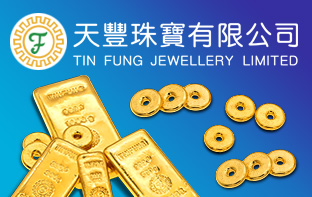 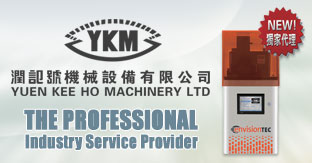